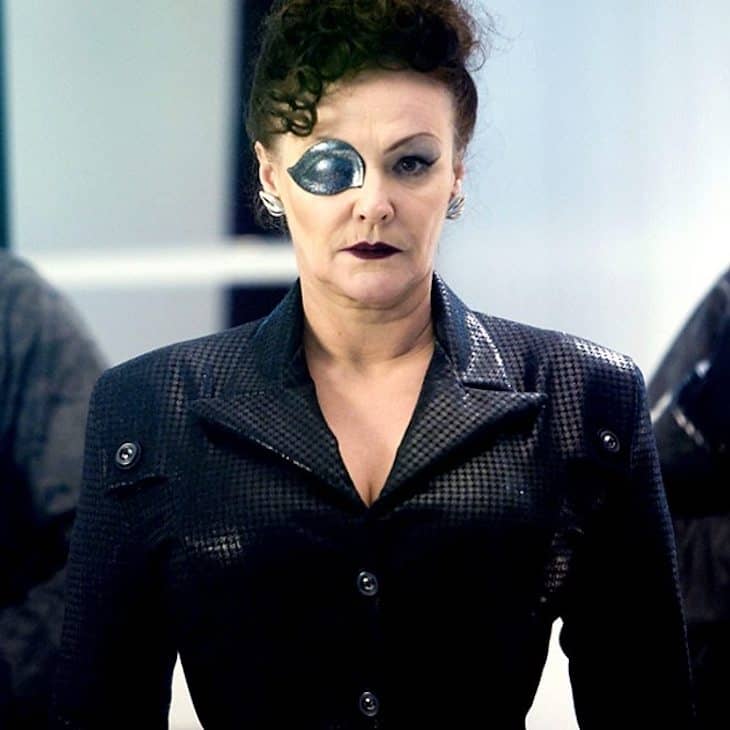 Frances Barber has worked in a string of award-winning productions for the National Theatre and the Royal Shakespeare Company, taking roles as diverse as Eliza in Pygmalion and Lady Macbeth in Macbeth. Among her film appearances are roles in Stephen Frears’ Prick Up Your Ears (1987) and Sammy and Rosie Get Laid (1987), Dennis Potter’s Secret Friends (1991) and John Irvine’s Shiner (2000) with Michael Caine, Peter Greenaway’s A Zed & Two Noughts (1985), Peter Capaldi’s Soft Top Hard Shoulder (1992), and Still Crazy (1998). Most recently she has appeared in The Escort (1999) (The Escort) with Daniel Auteuil and Esther Kahn (2000). Frances made her television breakthrough in Mike Leigh’s Play for Today: Home Sweet Home (1982). Subsequent TV work includes Kenneth Branagh’s Twelfth Night, or What You Will (1988) as Viola, a role she reprised for Branagh on stage, BBC’s Annie Besant, Inspector Morse (1987), Spitting Image (1984) and the BBC’s adaptation of the Nancy Mitford classic Love in a Cold Climate (2001). On stage, Frances won the 1984 Olivier award for Most Promising Newcomer as Marguerite in the RSC production of Camille. She has worked in some of the UK’s most prestigious theatres, including the Royal National Theatre, the RSC, Hull Truck, Oxford Playhouse, the Royal Exchange, the Donmar Warehouse and the Royal Court. Frances was most recently seen on stage in Patrick Marber’s production of Closer at The Lyric, Hammersmith. She attended Bangor university.